First Mission Paris: WTF in the City of Lights

But not this one, not Enrico Moretti. He's just smart.

And he's a lover, not a killer.

When the news about a stolen list of Europol's crucial undercover agents hits the global black market, he is sent to Paris to retrieve the list, minimize the damage and capture the traitor. Cliché?

Not really. Because this young Italian isn't Jason Bourne. He doesn't know much about fighting, chasing or killing. But he knows something about seducing. And gambling. And drinking. And being a former police negotiator, most of all: storytelling. So when he gets a proper cover story, an unlimited amount of money to spend in the world's capital of love and teams up with a beautiful but dangerous black-haired girl and tough guys from Balkan's underground, his wild mission can begin…

For more information about this book, go to: https://amzn.to/36FQXvd 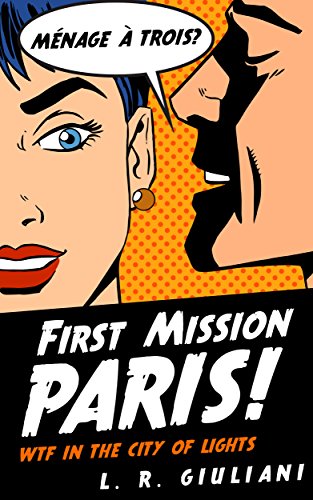 Leone R. Giuliani, the author of First Mission Paris: WTF in the City of Lights, regularly reads articles and books about many and varied topics when he is not writing.