Welcome to the life of the adventurous Alex and his father, on mission to be the richest villains in modern day history.

As the two embark on such ambitious, yet so dangerous missions. So far, Alex’s father has made a name for himself 'Hawkeye,' and his son considers him his hero. Unlike traditional hero's, he's a different kinda breed — similar to Robin Hood but in today's modern society.

Robbing from the super-rich, he’s in a class of his own, no one has yet reached such success in being such perfect villains, not even Robin Hood himself, so Alex thinks. His father has taught Alex everything he could to be the master of all thieves. However, they had one last huge heist to complete. After this, his father would be ready to put the gloves down.

What could this last heist be? Is it robbing the world bank? No. This type of robbery has never been done before, and if Hawkeye completes this then you can say that he would be considered the superman of all villains. So, what's this big heist Alex is excited about? What could it be!

For a second, I myself narrating this story cant believe one can think of such madness, I mean could they really steal the QUEEN’S Crown from her castle? I mean is that even possible? Well, Alex thinks so. Afterall, Hawkeye has never failed before.

What will happen to the formidable duo?

Will their dreams come to light or end up in disaster! 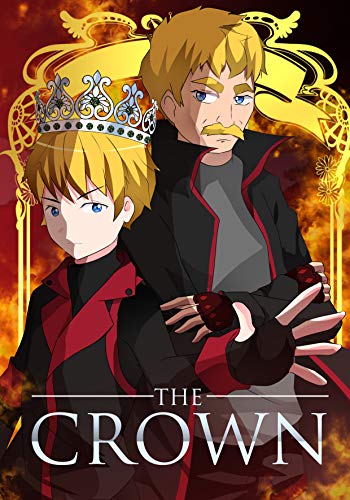 Sir Muhammad Mahad and Soloman Mahad, the authors of The Crown: Alex 'Hawkeye', regularly read articles and books about many and varied topics when they are not writing.