Enter the Light: Overcoming the Darkness

James Stevens, a mild-mannered investment manager with a dark past, thought all of his military exploits were behind him. He left his former life as he returned to embracing his childhood faith. Now he has a beautiful wife and daughter, a nice home, and a great job. Yet what he did not realize was there were demonic forces determine to destroy his life and everything that he had built. When those who are closest to you are influenced by demonic forces, how do you respond?

Now James finds himself falsely accused of a crime he didn’t commit and being pursued by the Savino Crime Family for a million dollars in laundered money. Stevens has to face the dilemma of whether to revert back to his old ways of murder and mayhem or to maintain his faith as he fights these demonic forces. Follow James Stevens on this dangerous path as he has to fight natural, demonic, and spiritual battles within to clear his name and save his family from harm.

Enter the Light: Overcoming the Darkness written by Lance Dickson is a must-read.

To get more information, go to: https://amzn.to/3Aumuiz 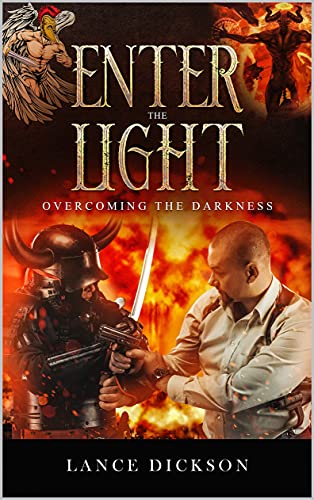 Lance Dickson is the author of Enter the Light: Overcoming the Darkness. He was born in Harlem, NY, and raised in Cleveland, Ohio. Moreover, he is a recognized national fatherhood advocate. And he is the recipient of the Spirit of Fatherhood award.

After 20 years of military service, he retired with honor and distinction. And, apart from his illustrious military career, he furthered his education. Lance holds a bachelor's degree in workforce education. And he has two Master's degrees. One in Business Administration (MBA) and another in Education with New Technologies.

The author has also authored other religious and spiritual books:

● When a Father Cries!

● The Battle is On!: Spiritual Martial Arts