The chosen son who outshone his father, making the Trump name titanic. The mastermind who filed for bankruptcy on numerous occasions and became a billionaire — twice. When he became bored, he decided to make America "great again," or basically white again. The world thought he was a joke when he ran for President of the United States. But he would have the last laugh.

Tapping into a dark world of voters who believed they had been left out, left behind and forgotten. They thought he was the new Messiah who felt their pain. He called Mexicans rapists, drug dealers, gang-bangers and murderers, promising to build a wall to keep them out of the U.S. Whites would begin to hate blacks again. "Today is a great day for white people. White power to all white people," David Duke of the Klu Klux Klan would proudly say.

Trump divided the country, filling it with hate, rage and malice. He appointed Steve Bannon as his Chief Strategist; a master of political theater and a champion of white supremacy, then fired him. He endorsed accused rapist Roy Moore for Senator. The people called Trump racist, sexist, unsavory and just plain evil. "I could stand in the middle of Fifth Avenue and shoot someone and I wouldn't lose any votes," he boasted, and he was right. The joke was on them because Trump never loses and became the President. The country was in an uproar, living in fear of what he would do next. They had good reason to be scared: The country was being introduced to the "New Hitler." Donald J. Trump pledged he would 'make America great again'… instead, he made America HATE again.

This is a page-turning thriller about the first President that might bring America to her knees. He has chosen to pick a fight with everybody, including Kim Jong Un who has threatened to bomb the U.S. But Trump would tell him, "I, too, have a nuclear button and it is much bigger, more powerful and my button works." Proving his mentality is mentally deranged and scary. Just like Adolf Hitler, millions will die under the dictatorship of Trump. 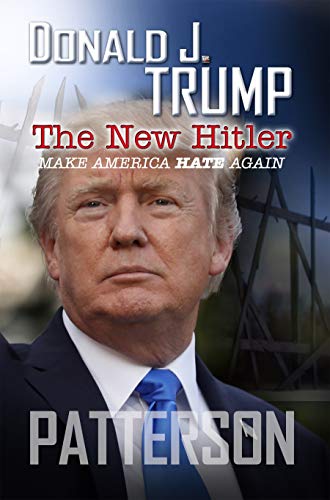 Genaro Patterson , the author of Donald J. Trump The New Hitler: Make America Hate Again, regularly reads articles and books about many and varied topics when she is not writing.