The QvO is a leviathan space ship which is lurking hull down behind the moon. Its’ crew are quietly recording Earth’s public broadcasting channels and gathering samples of flora and fauna through specialist equipment which is located at the rim of the moon.

Through a combined accident of nature and technology a lone Earth man is transported; from the Earth’s surface to the QvO. There is no way that his journey can be reversed and the Earth man joins the crew of the alien space ship.

During the voyage he becomes embroiled in many space adventures and wars.

The QvO, he comes to understand, employs a novel system of travel in the cosmos which is, by description, called Dark Matter Transit (DMT), which consigns worm hole and warp drive theory beloved of Sci-Fi writers, to the waste bin of history.

The story is about reality and the lives of people leading exciting lives and challenges of deep space. People have described the book as ‘believable Science Fiction and others had said that it is a book that you cannot put down.

For more information, go to: https://amzn.to/2vpF3rv

● It is a family publication and contains no profanities, or explicit sex. You can read it yourself and safely pass it on to your teenager to read.

● It contains a warm poignant love story woven through its pages as well as retaining religious belief.

● The sequel to the book is on its way and it is approaching 74.000 words with a release date anticipated for November 2019 onwards.

● The sequel has now been printed and is available in paperback on Amazon. 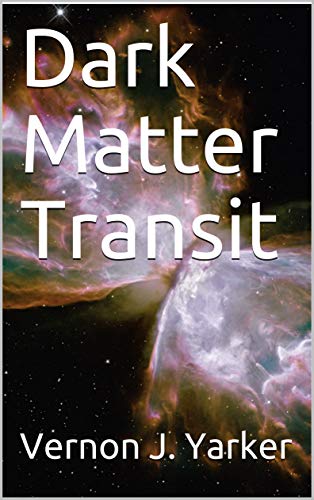 Vernon J. Yarker, the author of Must-Read Book: Dark Matter Transit, was born in South Woodham Ferrers, in the county of Essex, UK, in 1936. He joined the Royal Air Force and trained as a telegraphist and he spent the next 25 years with them in many countries. When he left the RAF, he worked in Holland before returning to England where he was engaged in another military occupation.

He was the founder and Chairman of a national charity and he have served on three national committees for organisations relevant to the elderly. He is now retired and he live in Maldon, Essex, UK.