Do you think we are alone in our galaxy or the universe? That no other intelligent life is out there, and no mutual agreement has ever been signed between ETs and humanity? The answer is a resounding NO. Not only have cooperation agreements been agreed to by ETs from multiple races, but in fact, deals have been negotiated and signed by heads of state, including President Eisenhower.

Why was the 5th branch of the United States Military recently signed into existence, notably the Space Force? Not because of on-planet foes the U.S. labels enemies, but to protect against threats from external off-planet alien species who are hostile towards humans. We, humanity, are the subject of abductions (Kidnappings) for decades, if not longer. Abductees are experimented upon for the purpose of a far-reaching hybridization program. Part human and part alien, integrated into society and literally living and walking among us.

Have hope, many ET species are benevolent and want to support humanity. Key figures are also coming forward to share the truth. You will have a new perspective about the interrelationship between humans and ET's after reading Alien Takeover!

Alien Takeover written by Andrew Luck is a must-read.

For more information, go to: https://amzn.to/2YuTY2R 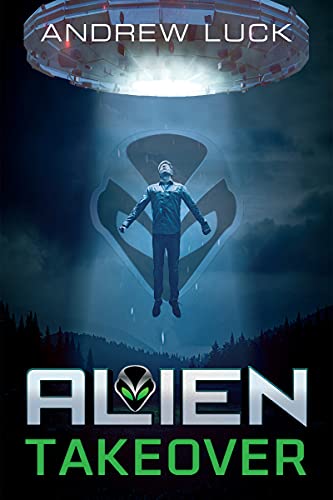 Andrew Luck, the author of Alien Takeover, has always been fascinated by the notion that other sentient life lives in the Milky Way and beyond.

From early childhood he has read countless books about aliens and studied innumerable cases of extraterrestrials visiting and living on Earth.

Andrew is extremely knowledgeable in all aspects of governments covertly conspiring with multiple alien species. He holds a doctorate degree in law and has worked in the legal field for over 20 years.

When not reading or working, Andrew enjoys playing tennis, having competed at a high-level throughout college, as well as spending quality time with his family and friends. He currently lives in the United States.